Different Forklift Attachments And There Uses.

Main Parts Of A Counterbalanced Forklift

I have focused most of our blogs on  subjects around our Forklift training programs , as a one stop shop for everything forklifts i thought i would write about the top forklift manufacturers we have for sale or rent at Robs Forklift Repair Inc. This will be an ongoing article as i will be adding to it weekly as we carry many brands of Forklifts.

The Williamett-Ersted Company formed in the Pacific Northwest as a logging equipment manufacturer dating back to the great depression.One of the companys first trucks included a winch or hoist that loggers nick-named HYSTER. The name caught on and the company was renamed William-Hyster in 1934. Today, Hyster has a known reputation for its quality, durability and toughness. Hyster Forklift trucks come in over 130 different models configured for gasoline, LPG, diesel or electric powered, with a broad capacity range from 2000-115,000 lb.

Hyster Forklifts have a distinct yellow and black machine color. A few of the most popular Hyster lift truck series include:

To view Hysters full line up of forklifts visit here.

Yale was founded in 1844 when Linus Yale Jr. of Connecticut, USA, invented the pin-tumbler cylinder lock and gave his name to a range of engineered products synonymous with quality and durability. n 1868 Linus Yale and Henry Towne formed the Yale Lock Manufacturing Company, later to become Yale and Towne Manufacturing Co, and by 1875 the company broadened its scope from locks to material handling equipment.In 1920 Yale and Towne launched a new battery powered low-lift platform truck, quickly followed by a range of high-lift platform trucks, tow tractors and one of the first lifting trucks with tilting forks.In the 1930’s Yale grew internationally with manufacturing in England, the acquisition of BKS fork lift trucks in Germany and the sale of lift trucks in Japan. Yale also developed innovations such as power steering, center-control trucks, caster steering and the use of high heat-resistant Class-H silicon insulation in electric motors, still considered among the industry finest. Yale added gas, LP gas and diesel powered forklifts to its fleet in 1950 . Today, Yale has one of the most comprehensive ranges of electric and engine powered materials handling equipment offered in the market, and is a leading brand of Hyster-Yale Materials Handling, Inc., which was formed in 2012.

Some of the most popular Yale forklifts series include:

Toyota ( originally named Toyoda after its founder Sakichi Toyoda) forklift trucks first came into development around 1955 in Japan, and by the year 1956 the model LA 1 Ton counter balanced internal combustion forklift was launched by Toyota Motor Sales, now known as Toyota Motor Corporation. Toyota’s first dedicated factory for industrial vehicles was built in Takahama, Japan in 1970. This facility is still there and used today. With the popularity and demand of Toyota forklift overseas, the need for international facility”s become apparent. Toyota”s first overseas facility was built in the United States in 1990 in Columbus, Indiana. Today, Toyota forklifts is the longtime leader for popularity and forklift sales in the industry (  $8.78 billion in 2017)

Toyota forklifts have a distinct orange and grey machine color. Here are just a few of Toyota’s most popular forklifts: To view Toyota’s full line up of forklifts click here.

In 1903 the  Clark Material Handling Company was founded in Illinois at the time of the railroad .  They started in the basement of a steel company, where they furnished drills that would survive the pace of boring railroad rail. At this time the company was named after a master mechanic, the George R. Rich Manufacturing Company. In 1904 the company hired a young engineer by the name of Eugene B Clark, as the business was staring to falter and needed help. In 1919 the Clark Trucktractor Company is formed after the demand and popularity for the trucktractor they started producing in 1917. In 1928 Clark introduced the worlds first internal combustion forklift truck, that used hydraulics to lift loads, it was named the tructier. Fast forward to today, Clark Material Handling Company is one of the top manufacturers of forklifts, with a revenue of 781 million in 2018.

Clark forklifts have a distinct green and black color. Here a just a few of Clark’s most popular forklift models and series.

To view Clark’s full line up of forklifts click here

The first nissan forklift truck was produced around 1957 in Japan. The company name when they begun to mass produce there forklift trucks was Shinnikkokukogyo Company. In 1965 they started distributing them to overseas to the United States. With the acquisition of Barrett Industrial Trucks in 1988, they began local manufacturing the forklifts in the U.S, and in 1993 Nissan Forklift Corporation officially opened. Nissan Forklift Company joined Uni carriers Group in 2012, becoming a 100 percent subsidiary of Unicarriers Corporation. In 2016 Nissan forklifts began using the Uni carriers name.

Crown Equipment Corporation started in Ohio in a small one room operation in 1945. Two brothers, the late Carl Dicke and Allen Dicke founded Crown Equipment and today the Dick family now in its fourth generation continues to run the Crown company. There high quality lift trucks began production in 1960 and soon became one of the fastest growing material company’s in the world. Today, crown has nineteen facilities globally and manufacture a wide range of internal combustion and electric lift trucks, with a total of 2.9 billion revenue in 2018. Crown forklifts have a distinct black and light brown color.

Here are just a few of Crowns popular forklift series:

To view Crowns full line up of forklifts click here.

Doosan Industrial has a proud history of 122 years and is Korea oldest business organization. Doosan was founded in in 1896 as Korea’s first modern retail business. There first forklift was produced and manufactured in 1968, and since then the company has expanded its global sales to 93 countries and more than 400 dealers world wide. Doosan had 781 million dollars in sales in 2018. Doosan forklifts have a distinct orange and black color.

Here are a few of Doosans most popular forklifts: 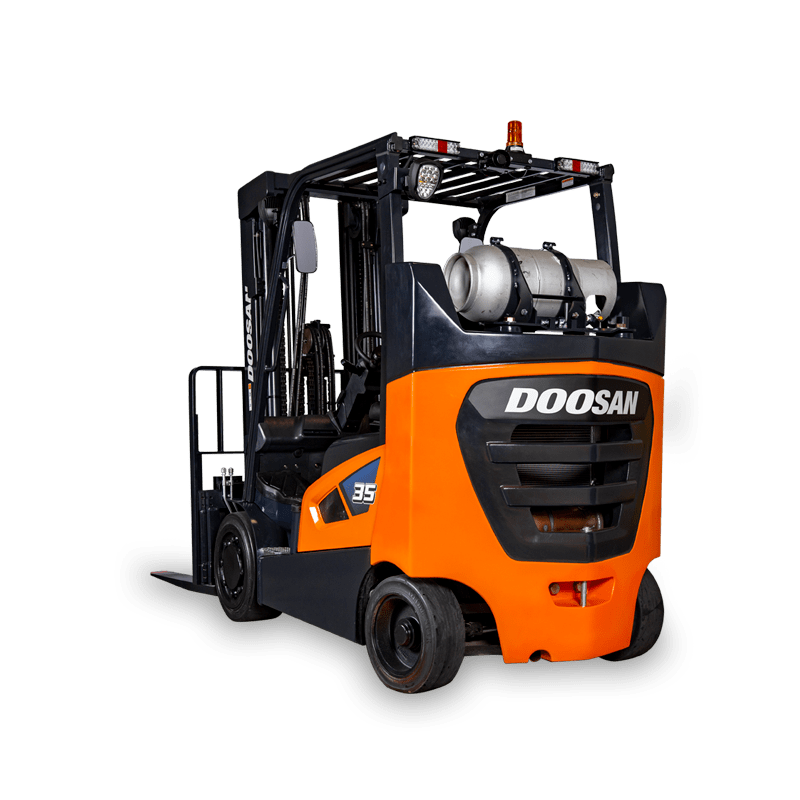 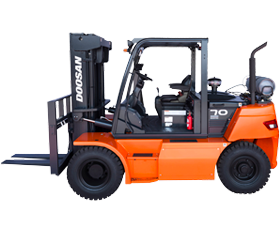 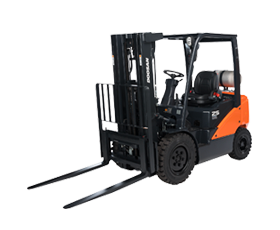 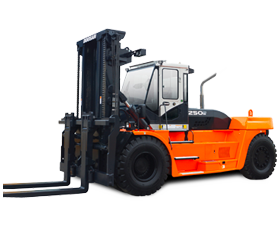 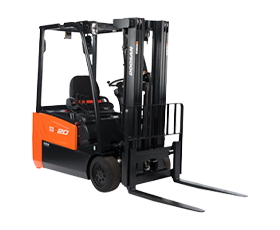 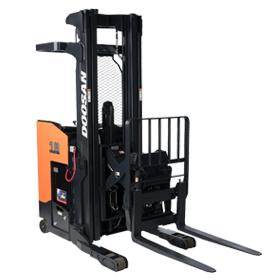 To view Doosan’s full line up of forklifts click here.

Over 80 years ago, Lester M Sears, under his company’s name Town Motors decided it might be a good idea to make a farm tractor for industrial use. His first lift truck, named model l ,featured standard innovations in the lift truck industry including hydraulic lift and tilt, rear wheel steering, high speed forward and reverse gears and under the load front wheel drive. Town Motors Company was acquired by Caterpillar in 1965 and formed the Cat Lift Trucks Company. Today Cat Lift Trucks are manufactured in Japan, the Netherlands and the United States Of America. Cat Lift Trucks have a distinct dull yellow colors.

Here are a few of Cat Lift Trucks popular models: